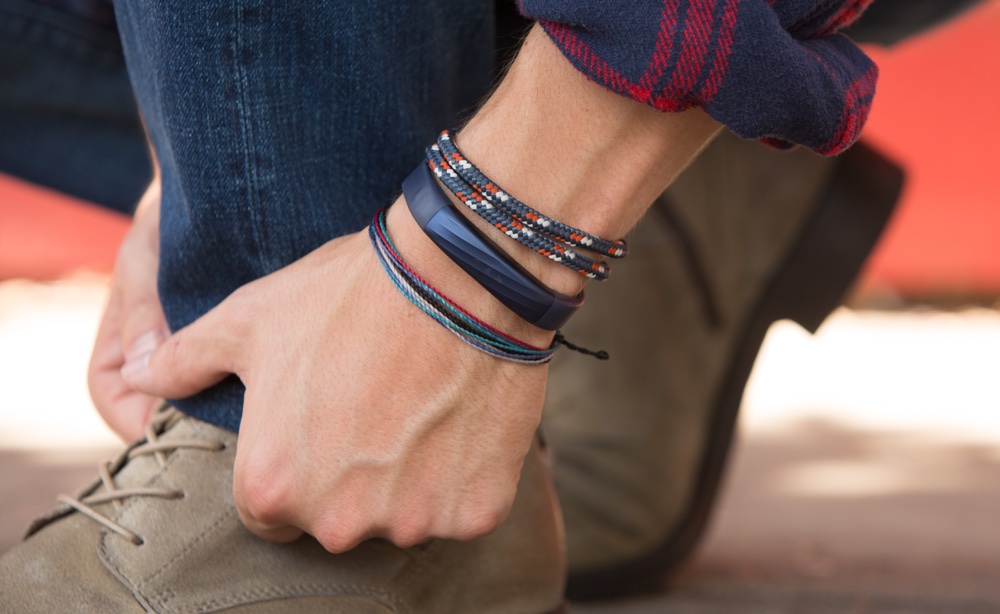 Over the past couple of years I’ve tried a number of different fitness trackers. I’ve had multiple fitbit trackers, some got lost, others had issues with their battery.

Last year I switched to the Jawbone UP. Apart from anything else the battery issues with the Fitbit were driving me nuts – they’d lose their charge very quickly or refuse to take a charge.

The UP worked really well up until a few weeks ago when it too started having issues with holding a charge. And then it broke completely, so I had to get a replacement.

I was considering going back to a Fitbit, but they don’t ship to Ireland!

Jawbone, on the other hand, does ship to Ireland, so I was able to order directly from their site and get my new “toy” within a couple of days.

I chose the UP3 as it has a couple of features that I was interested in:

Both the Fitbit and the Jawbone models I’d tried in the past had sleep tracking, but they all needed you to tell the device manually when you were going to sleep and you also had to remember to “wake up”. With the Jawbone UP3 the device automatically detects when you’re asleep and from using it over the last few days it’s pretty accurate.

The “heart health” feature is something that intrigues me.

The UP3 comes with a bunch of sensors in the band that need to be in contact with your skin in order for it to work. 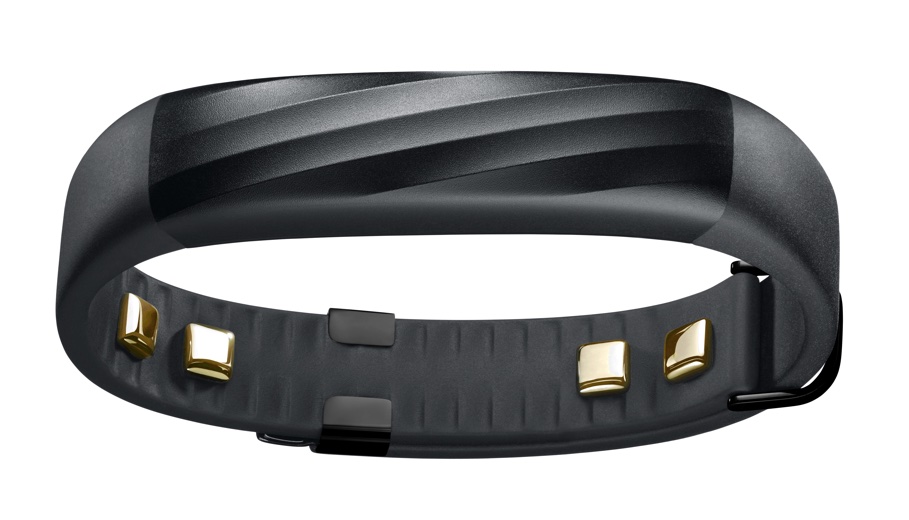 With earlier models of the UP you had to “plug in” the device to charge it. With the UP3 the charging is done using a magnetic strip in the band which couples with the USB charger. One potential downside to this is that the contacts might get a little dirty from use, but at least you won’t end up breaking the device through wear!

Hopefully I won’t have issues with the battery in this device!

I love coffee. However I’m also conscious that I probably drink a bit too much.

But how much coffee and caffeine am I consuming every day? What kind of impact does it have on me?

While the new app from Jawbone “UP Coffee” might not be able to able to answer these questions with 100% accuracy, it does a pretty good job of trying to.

The app is pretty simple.

You log the coffees and other caffeine beverages that you consume throughout the day (including the time you drank them) and the app calculates how much caffeine is in your system and how soon you’ll be able to sleep: 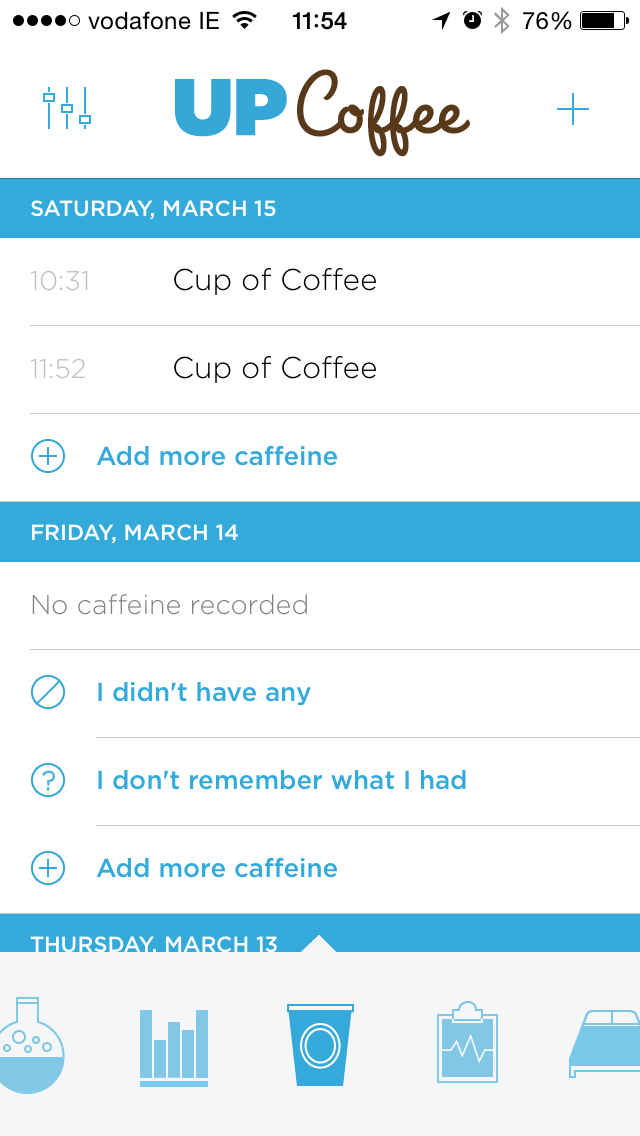 So after two cups of coffee I should be able to sleep again after 4pm. 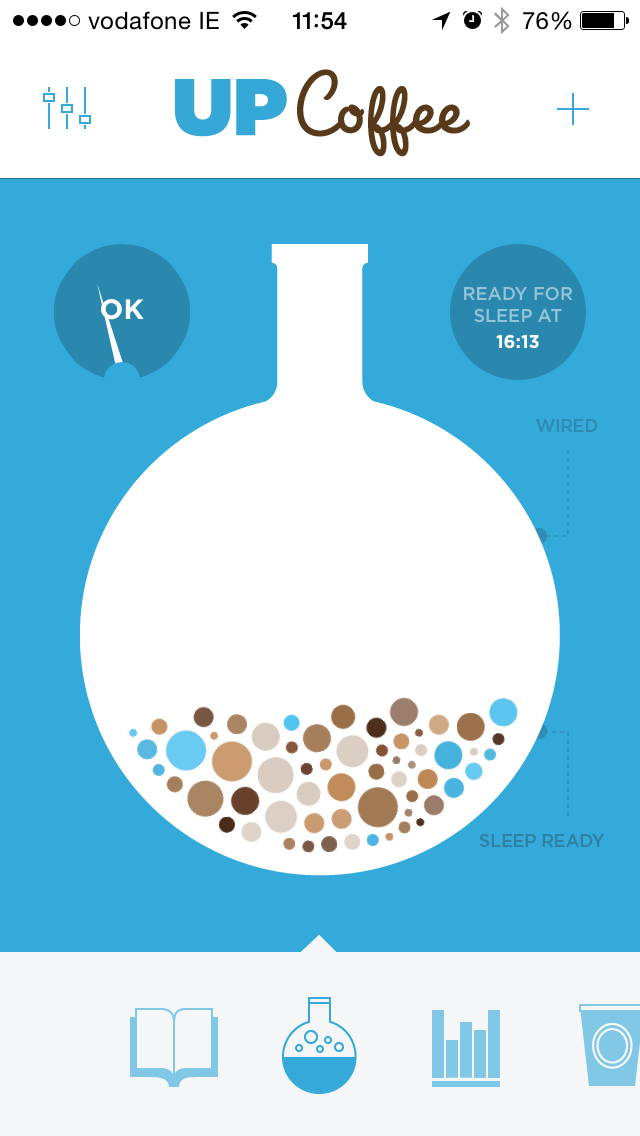 The app can hook into your Jawbone UP, if you have one, and if you tie the two together you should be able to access more data about things like your sleep quality. As I’m a Fitbit user I can’t take advantage of those options, but I can still use it to track coffee consumption over time and compare my habits to those of other users.

Of course the problem with this app and most other apps that track food etc., is that you have to remember to log what you consume. Sure, you can go back and add things “after the fact”, but you still need to do it.

The app’s a nice idea and if I was seriously concerned about my coffee consumption or suffered from insomnia I might use it more.. As it is it’s a bit of a fun gimmick.

You can grab the app via the Apple app store.