I love pasta, but it’s heavy in calories and carbohydrates. Pretty much every single diet out there suggests cutting calorie and carb intake. So how on earth can a pasta aficionado be happy with what they eat, while also cutting down on calories etc? I’ve always maintained that it would be impossible for me to stick to any kind of diet that deprived me of tasty food. Sure, I might lose weight a lot faster if I was to go on some crazy extreme diet, but I’d be miserable.

I’m not sure when spiralizers became popular, but they are one of the “must have” kitchen gadgets at the moment.

At the moment I have a simple handheld spiralizer: 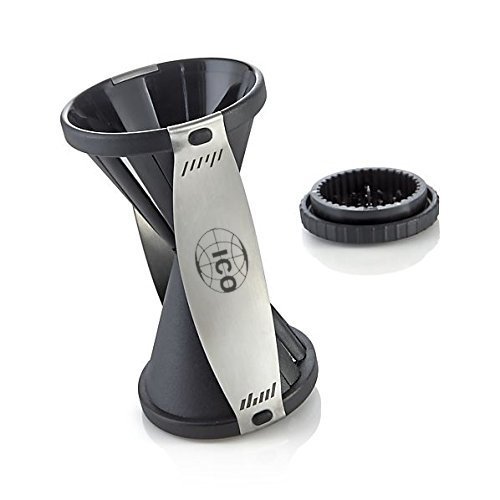 It’s got two blades which let you make spirals of vegetables quite quickly and easily. You can, of course, choose whether you want quite fine spirals or thicker ones. You can use it for salads, like I did last night: 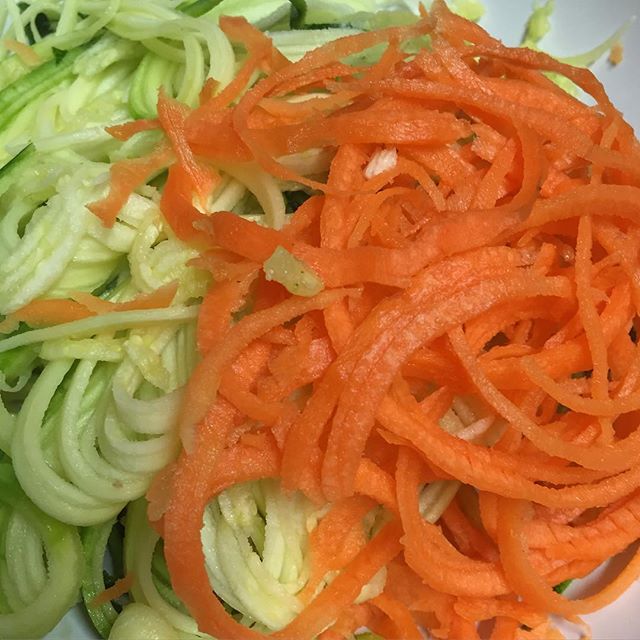 Adding a bit of olive oil, balsamic vinegar and herbs and you have a very tasty salad.

But another popular way of using the spiralizer is to replace pasta or noodles. Want spaghetti without the calories? Try “courgetti”, which you can make in your spiralizer using courgettes.

Once you’ve cut the courgette into the spirals you can fry them up a bit with a bit of olive oil: 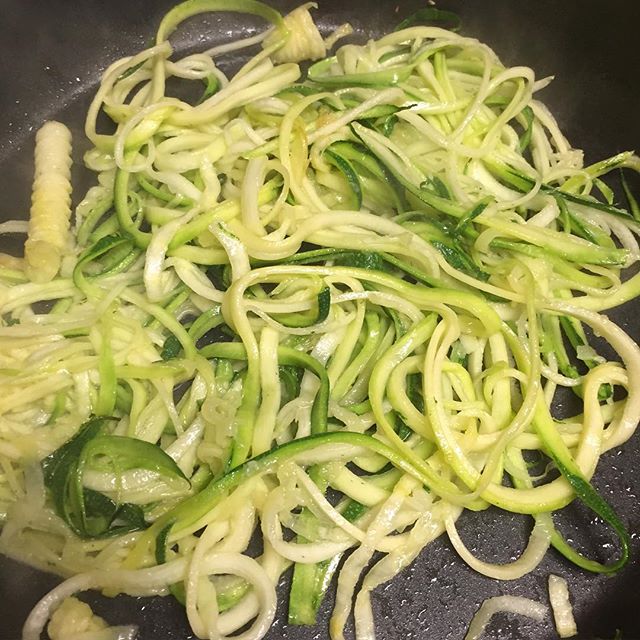 Frying them for about 4 minutes they become quite crisp and are of a similar consistency to al dente pasta.

Serve with your favourite pasta sauce and enjoy! 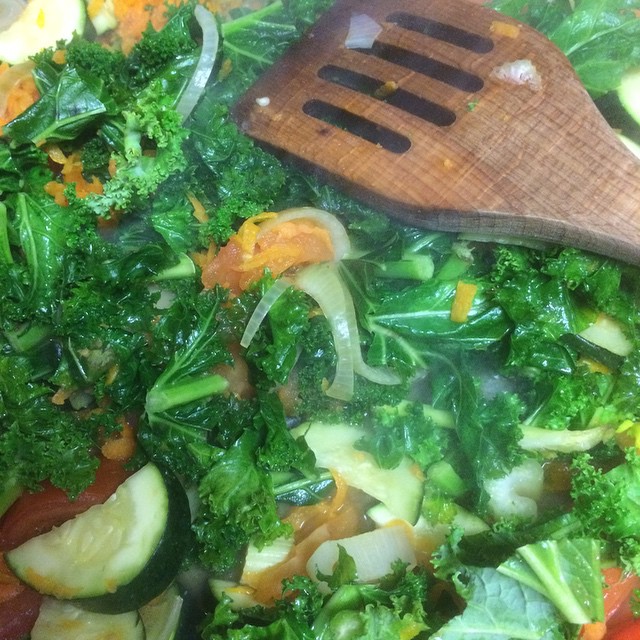 I was on the road for several weeks in October. While I enjoyed the trip and I really enjoyed getting to have genuine Mexican food in Mexico City, I missed not being able to cook for myself.

Sure I could have stayed in an AirBnB for some of the time and cooked my own meals, but I wasn’t travelling for pleasure and the schedule for a lot of the trip didn’t really give me much time to do anything – never mind shopping and cooking.

However I am definitely considering different options for some of my future trips in 2015.

Having said that, I’m now back at home most of the time until the New Year. I’ve got a few trips between now and the end of the year, but for the most part I’ll be able to cook for myself for the next two months.

So what have I been cooking since I got back?

Not by itself, however, but with other vegetables. I bought some kale in one of the German discount supermarkets last weekend (oddly they always seem to stock it while SuperValu, Dunnes and Tesco don’t) planning to do my kale with anchovies pasta at least once. However plans change and I ended up using kale as the vegetable to go with some meat a couple of evenings this week. While I do like kale it’s a little overpowering by itself, so I prepared it with some other vegetables:

It’s a bit dry so you probably will need to add a bit of water to the pan or you’ll get burnt and still raw vegetables. I sort of sauteed them all for a few minutes so the kale reduced a bit and the courgettes were cooked enough, but were still crunchy (soggy = bad)

Served with some meat from my local butcher that was nicely grilled on the George Foreman and a bit of French mustard (a l’ancienne style with the seeds is my personal preference).

I also posted a vine of it cooking: