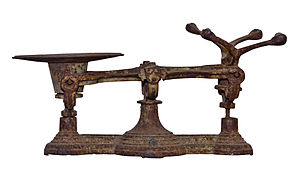 When I came back from the US I was quite annoyed with my progress. I’d gained weight. I wasn’t imagining it – my weighing scales was telling me that I’d put on over a kilo.

However a couple of days later I’d “lost” it again (or most of it anyway). That was bizarre.

I’m now more or less back on track.

Apart from the bad eating during my stay in Florida another factor that I hadn’t even considered is water retention. You can easily ending up holding on to a lot of extra fluids if you fly longhaul, but the solution is pretty easy – just drink plenty of water (thanks to Lee for pointing this out). So 48 hours later and several litres of water (and other fluids) later I noticed a significant “drop” in weight again. The only downside is that if you drink that much liquid in a cooler climate like Ireland you end up going to the bathroom a LOT!