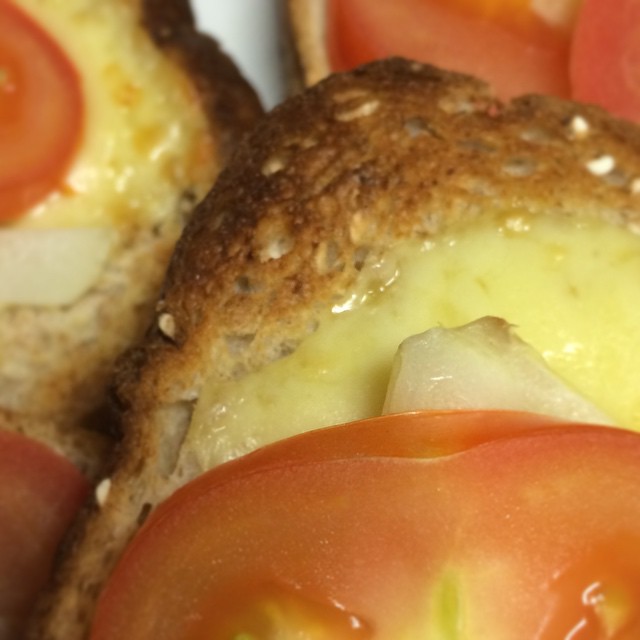 When I was growing up cheese on toast was a staple. However when I moved overseas in the early 1990s I stopped eating it.

Of course I currently live in Ireland, so I’ve no excuse. Pretty much every single cooker sold in this country comes with a grill.

So every now and again I will make cheese on toast.

However cheese on toast by itself is a little pedestrian.

To make it a little bit more interesting I like to slice up an onion and a tomato so that you get cheese and onion with tomatoes.

Preparation is simple – simply grill the bread on one side. When it’s done add your cheese, onion and tomato.

Grill until the cheese has melted. The tomatoes and onion won’t be fully cooked, but if you’ve cut the onion thinly enough it won’t matter.

You can serve it “as is” or add a bit of chutney. 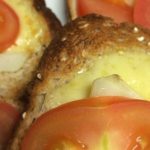 Cheese on Toast With Onion & Tomatoes

As an alternative to scrambled eggs this morning I had poached eggs on toast for breakfast.

I love the taste of the egg combined with the toast and it’s simplicity itself to prepare. 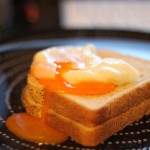