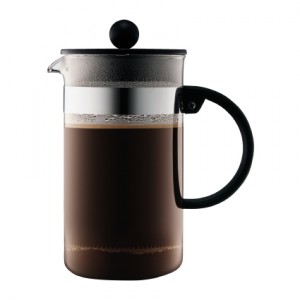 I am a self-proclaimed coffee addict.

In order to feed my addiction I have several coffee making devices at home, including the plunger style cafetière from Bodum.

Unfortunately one of them met with an accident in the last week or so. The “beaker” was glass and it appears to have been dropped (not by me oddly enough) and of course it’s now broken.

Fortunately I had a spare Bodum cafetière that someone gave me as a present (I like presents!) so I can still make myself a decent mug of coffee.

So the obvious thing to do was to look into getting a replacement beaker.

So what are the other options?

Chatting with a few people via Twitter and Facebook I discovered that there are cafetières with plastic beakers. I’m not 100% sure if that would be a good idea, as the plastic might mess with the taste.

The other option is to use an unbreakable coffee maker. There’s a few on the market that are made of stainless steel or similar material including the Bodum Columbia: 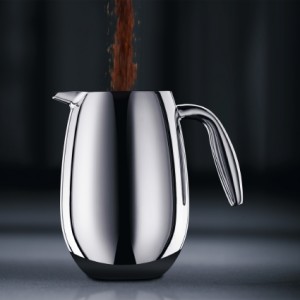 Of course there is a bit of a jump in price and a couple of people have reported that they can’t really see how much coffee is in the pot!

Nice to know that there are options out there though!

Previous Post: « Logging & Tracking What You Eat
Next Post: Choosing A Blender To Take The Juice To The Next Level »