Earlier this month I was in Las Vegas for CES. It’s a huge event. Not only does it attract well over 150 thousand attendees from the four corners of the globe it’s also spread over  a very large area, taking over the Las Vegas Convention Center, as well as several other locations throughout the city. End result being that if you spend a reasonable amount of time on the floor at CES you end up walking a lot.

The guys at CES obviously know this, so they setup a “step challenge” using LoseIt. LoseIt is very similar in functionality to services and apps like MyFitnessPal, but the added element of the challenge at an event I was attending was appealing, so I signed up.

Surprisingly well, though my feet were in bits after the week! (Lesson learnt – if you’re attending CES bring practical walking shoes!) 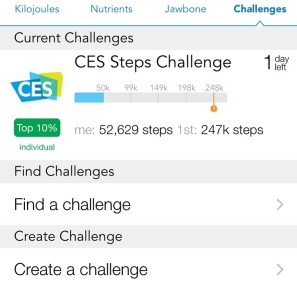 Being in the top 10% of participants felt good, though I honestly don’t understand how the person at 247k steps did it without cheating. 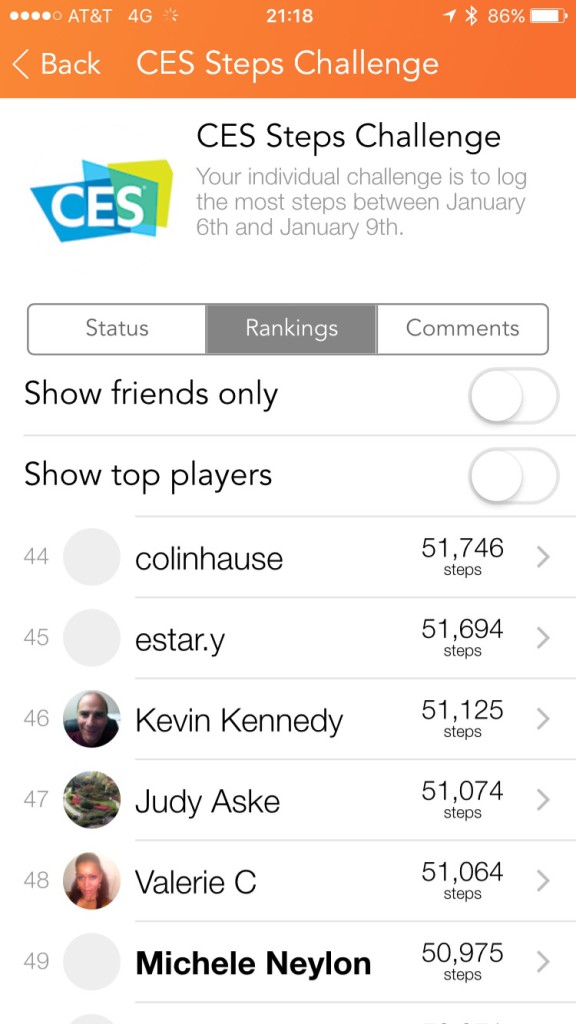 My final ranking was in the top 50 which I think was quite respectable.

Being part of a challenge was kind of cool. It definitely motivated me, which was good. I also liked the idea that it was tied to an event I was attending, as opposed to some random target that I couldn’t really relate to.

So maybe I’ll see about launching step challenges at other events I attend which involve a lot of working, who knows, it might take off 🙂

In any case it was a bit of fun!