Standing desks and other types of desks that encourage office workers to be that bit more active during their day are becoming more and more popular. On a recent trip to Los Angeles I found that quite a few of my friends had switched to either standing desks or ones that could be switched between standing and sitting depending on the user’s mood / energy.

I’d been thinking about getting one for some time, as I was very conscious of how long I’m spending in the one place .. sitting. It’s not good.

So I ordered a Varidesk 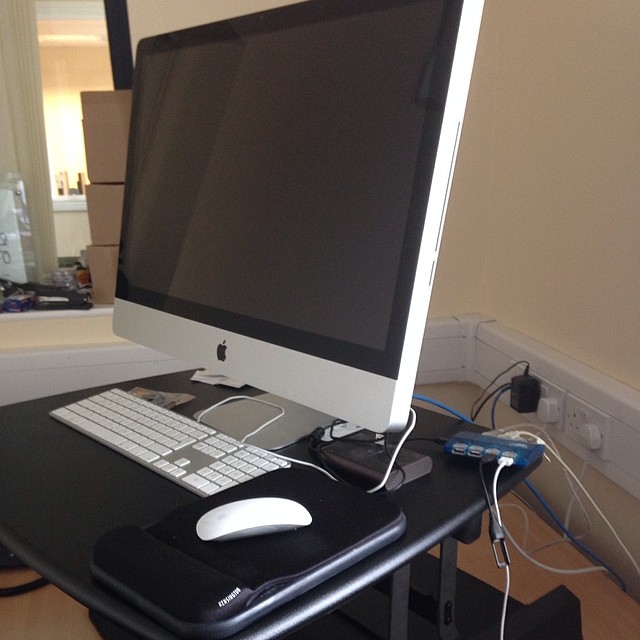 I probably need to take better photos of it! Essentially it’s a monitor stand that sits on your desk which is big enough to take my 27″ monitor, keyboard, mouse and other bits and pieces. The stand can be adjusted quickly and quite easily to allow for either a sitting position or a standing one.

Conn, who works on technology.ie with me, did a video review which might explain it a little better:

I’ve only been using my Varidesk for about a week, so I haven’t reached any firm conclusions as yet ..

What I have noticed so far is that I enjoy standing at the desk and only sit for a fraction of the working day. The downside of this, however, is that my legs are quite tired, as I’m not used to spending that much time on my feet. However that will pass, as I become used to it.

Hopefully this will help – other friends have reported feeling a lot better once they’ve been using a standing desk for a few weeks.