I take melatonin to counteract jet lag. It works pretty well, though it’s not a 100% fix for the horrible waking up in the middle of the night problem that you get when you are timezone challenged.

While I’ll freely admit that I don’t get enough sleep most of the time, it’s not due to insomnia or any issues with sleeping.  I simply stay up too late and have a lot of bad habits.

But if you do suffer from sleep issues finding a reprieve is always welcome.

However most of the solutions on the market aren’t natural. Sure, you can take melatonin tablets, but it’s not a good idea to take them all the time.

So what about a milk that claims to be higher in naturally occurring melatonin?

That’s the claim being made by a Cork based farm that produces “Lullaby Milk“.

I came across it in the Supervalu in Midleton, Co. Cork and my curiosity was piqued. 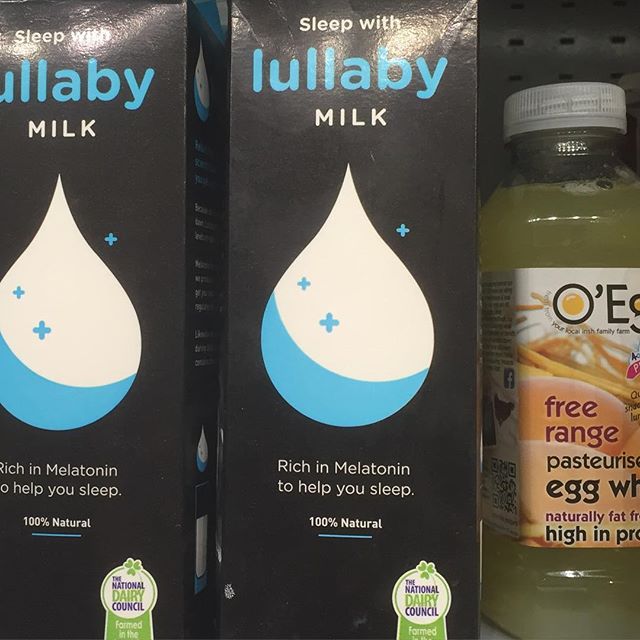 The only ingredient is milk and since dairy produce is fairly well regulated in Ireland you can be pretty confident that there’s nothing else in it. So how does it work?

The producers claim that by milking the cows during the night there’s a much higher amount of natural melatonin in the milk and it isn’t impacted by the processing.

Is it true? I honestly don’t know, but some people think so ..