Lamb is one of my favourite meats. It’s not the cheapest, but it’s so tasty that I do indulge from time to time. However, as I live alone, I don’t bother doing roast lamb unless I have guest(s). So the Easter weekend was a good excuse to do some roast lamb. The local SuperValu supermarket in Midleton has a pretty good selection of meat, so I picked up a nice piece of leg.

Roasting isn’t complicated, but you can definitely make it more interesting by adding something to the meat before you pop it in the oven.

Personally I like to slice up a couple of cloves of garlic and then insert slivers of garlic into the meat. Adding some French mustard and mixed herbs on the outside gave the meat an extra little “kick” of flavour. 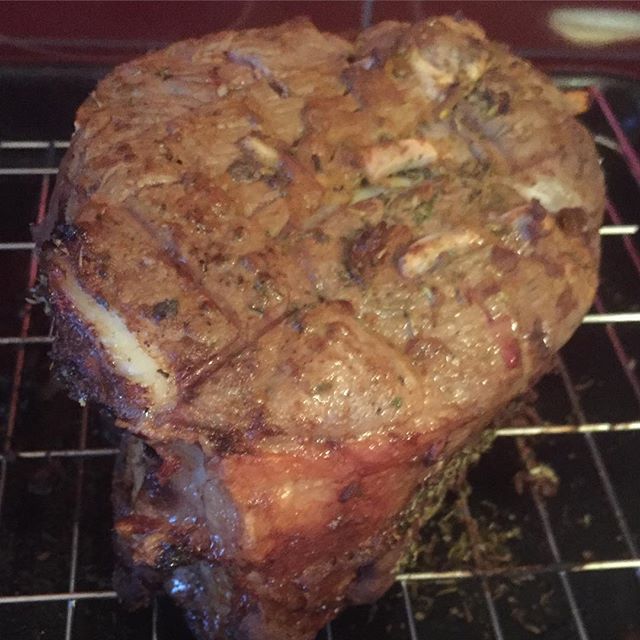 The only downside with lamb is that more often than not there’s quite a bit of bone. But there’s still plenty of really good meat

I like lamb to be quite rare – why on earth would you want it overcooked? 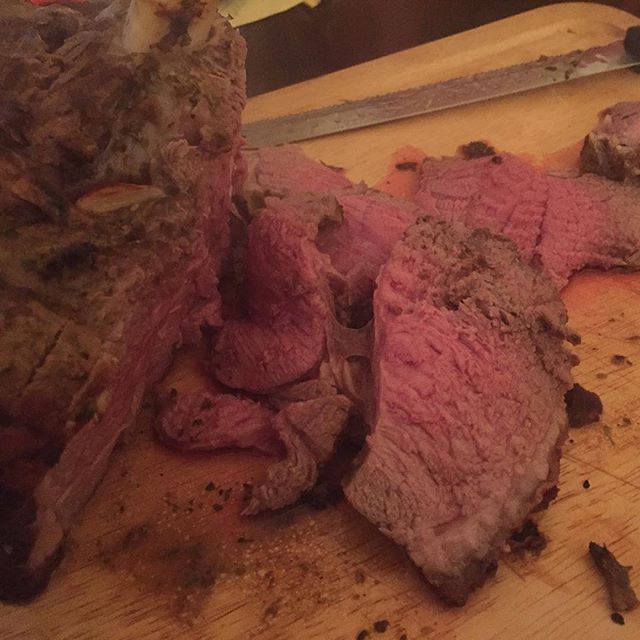 Served with some roast vegetables and broccoli the end result was really good! (Washed down with a glass of red wine!) 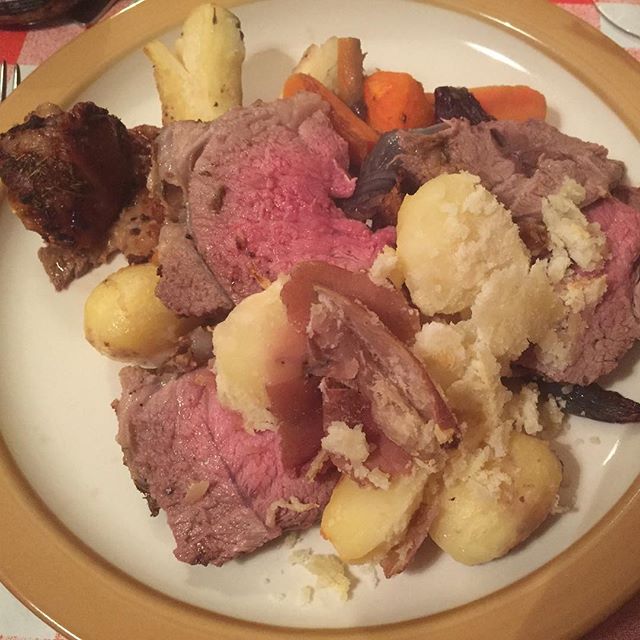 Some mint sauce, if you have it, goes well with lamb. We had enough left for a small dollop each (not shown in photo).

I’ve no idea how many calories is in that, but good home cooked food is worth the indulgence from time to time!