As a child we didn’t eat rabbit that often. I do, however, remember having it one time and getting a mouthful of buckshot! At least I knew the rabbit was freshly hunted!

Over the last few years, however, I have eaten rabbit several times in restaurants in France and Belgium. Getting rabbit on a restaurant menu in Ireland, however, doesn’t seem to be that common. You can get rabbit to cook at home, but to do so you either have to rely on friends who hunt rabbits or shops that stock imported rabbits. Yes, we actually import rabbits from other parts of Europe, as there currently aren’t any commercial rabbit farms in Ireland. Some butchers do stock wild rabbit meat, but most don’t.

In my case one of my staff was able to get me a wild rabbit. 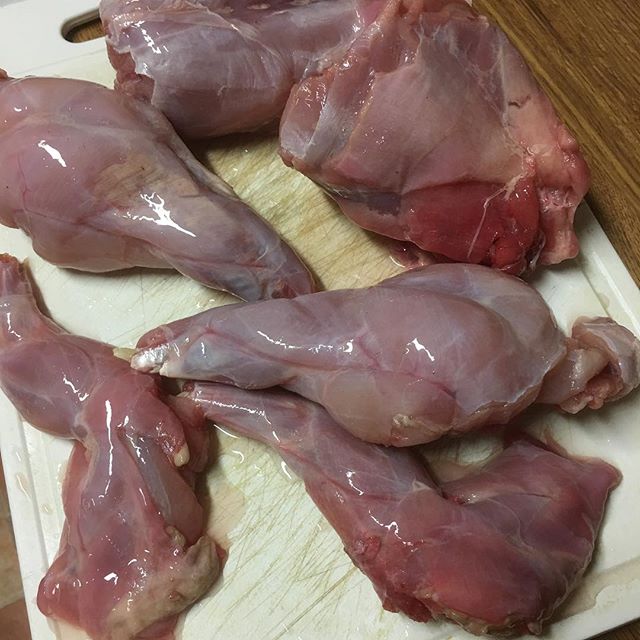 Luckily for me they’d already skinned it and chopped it up a bit.

I like Italian style cooking so I made a “cacciatore” style dish with mine using a combination of Elise Bauer’s recipe and Antonio Carluccio’s “Coniglio alla Cacciatora”. I wasn’t sure which recipe to go with so I ended up combining them, as I’d already bought (or acquired) the ingredients for both.

You start by dusting the rabbit meat with flour 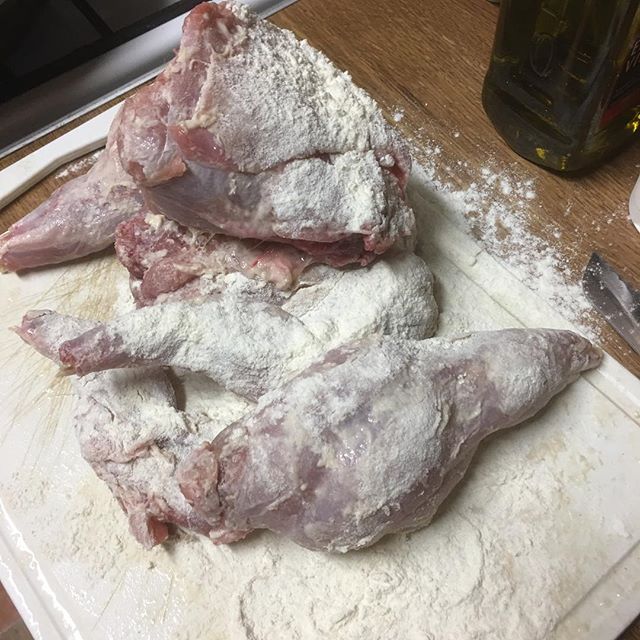 Then you fry it in olive oil to seal the meat 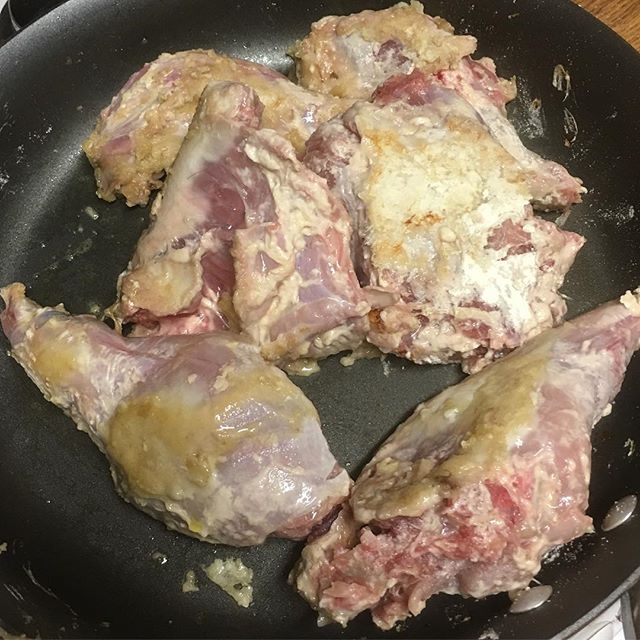 I love cooking with fresh herbs so I was delighted to get a nice big bunch of fresh rosemary from a friend’s garden, which combined with a few cloves of garlic add plenty of deep flavour to the meat. 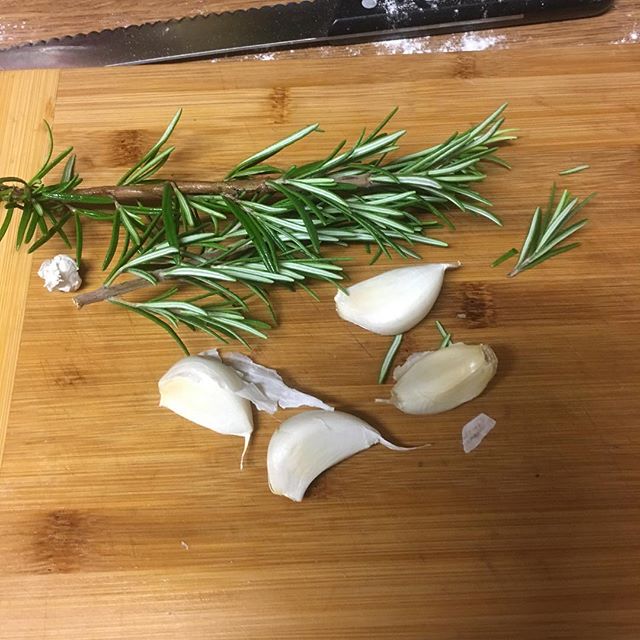 The rich aroma of rosemary and garlic filled the kitchen, which is probably one of the reasons I enjoy cooking so much. Sure, I enjoy eating the food, but I really love the deep aroma as the food cooks.

Now to make it all the more interesting, and isn’t that what cooking is all about, I added about 2/3 of a bottle of dry white wine, as well as some tomatoes, some bay leaves, peppers and mushrooms into the pan and let it all cook for about an hour.

As an aside, I don’t usually drink white wine, but it would have been rude to ignore the glass or two of wine that was left in the bottle, so I obviously drank it ..

If you’re not a white wine drinker this guide is handy for helping select the right kind of wine for cooking. 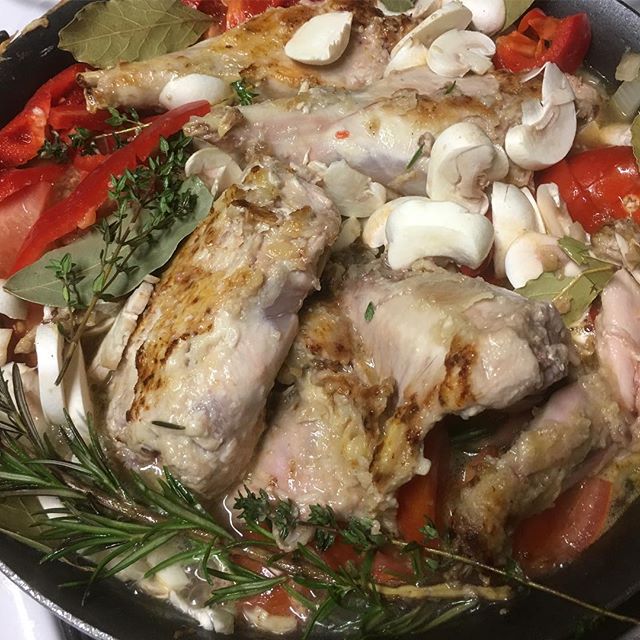 I use a very big and quite heavy pan with a tightly fitting lid for a lot of my day to day cooking, as it’s very good at doing these kind of stew type things. Sure, I could cheat and use a pressure cooker, but for something like this I thought the extra investment of time in the cooking was worth it. 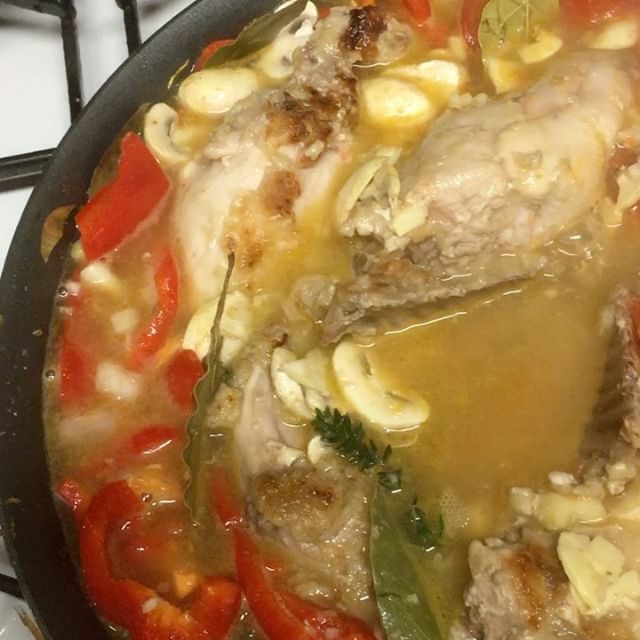 And here’s a really short video showing it cooking away:

A few minutes before serving I added a few black and green olives into the stew which adds a bit of colour and even more flavour. 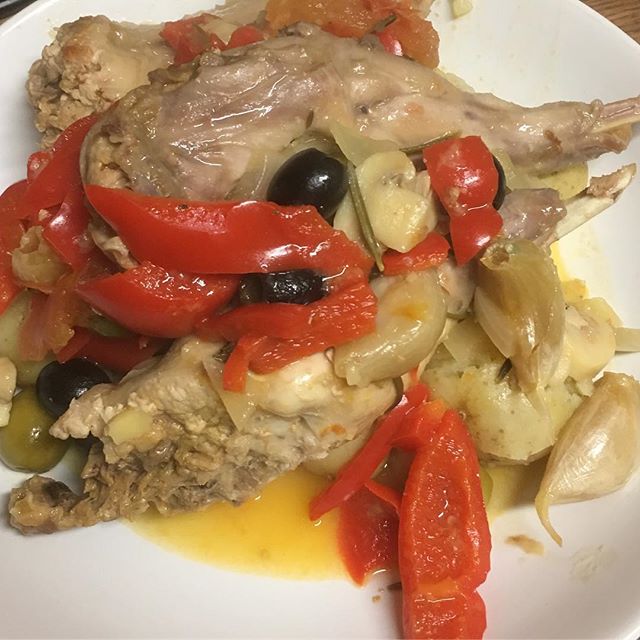 After about an hour the rabbit was ready and I served it with some boiled new potatoes. There was enough left over for a second evening’s dinner, which saved cooking! 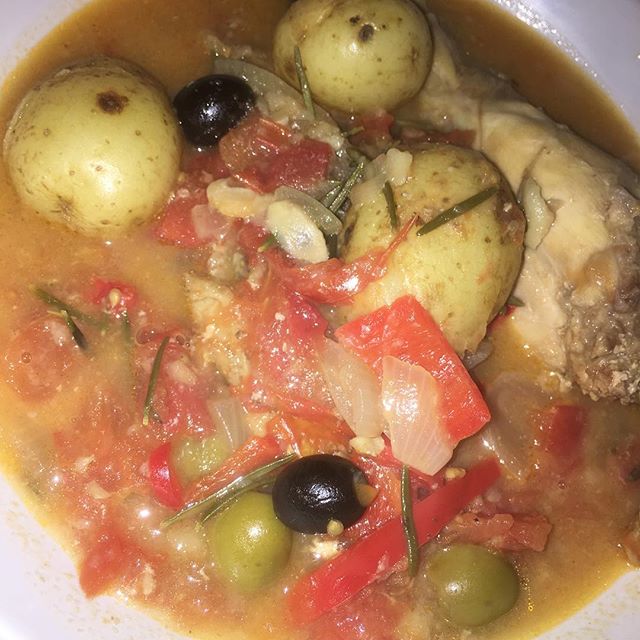 Overall I was very happy with how it turned out.

A few things I learnt, however, rabbit is a bit like chicken, in that there are some parts which are quite bulky but don’t have much meat. You’ll get most of the meat from the legs.

The meat is pretty tasty and quite similar to chicken, though a lot more “gamey’.

I’ve no idea when I’ll be able to get my hands on a rabbit again, but I’ll definitely cook it again if I can.

Previous Post: « A Quick and Easy Introduction to Using a Mortar and Pestle [Video]
Next Post: Roast Lamb in a Rosemary, Garlic and Lemon Marinade »