While I enjoy cooking it’s usually at the weekend that I’m able to set aside the time to do something a little bit more elaborate or time-consuming.

This weekend was no different and I picked up a bit of leg of lamb on Friday evening planing to cook it either Saturday evening or this evening, Sunday. 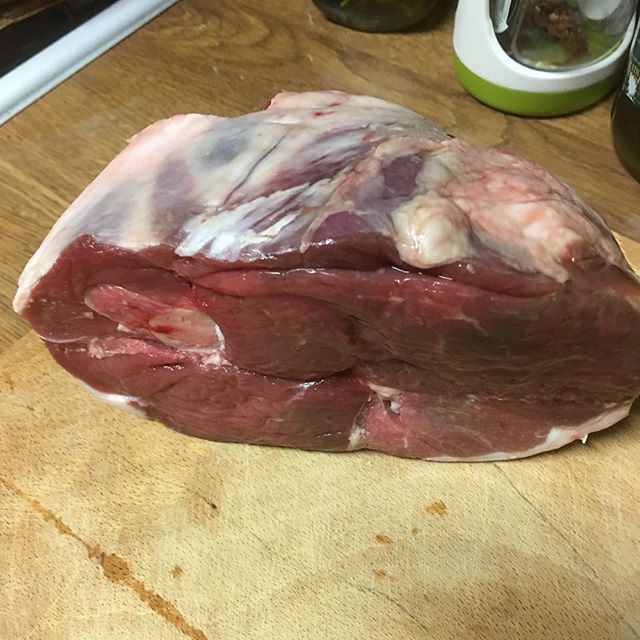 As things turned out I ended up leaving it until this evening.

I’ve done lamb roasts several times in the past. I usually slice up some garlic and put slivers of garlic into the meat and then brush mustard and herbs over it.

However I was a bit inspired after watching this video on using a mortar and pestle from Jamie Oliver, so I decided I’d try to do a marinade based on one of his recipes.

So I dusted off my mortar and pestle (literally!) and got to work. 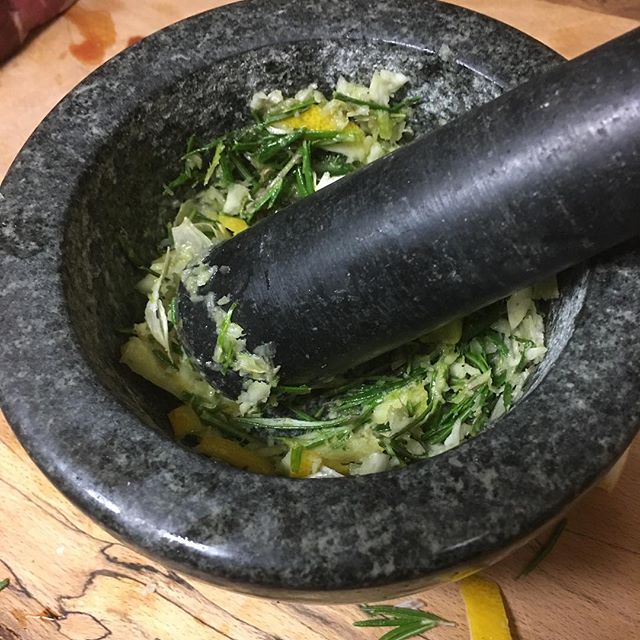 The marinade I made used some fresh rosemary, a couple of cloves of garlic with their skin, some lemon rind and olive oil.

I’ll admit that Jamie Oliver makes it look a lot easier than it is, but like everything I guess it’s a matter of practice.

After some pounding and grinding with the mortar and pestle I got a fairly nice consistency and kept adding oil until it had enough volume to be of use. I then proceeded to coat the meat in it. For smaller cuts of meat it’d be quite easy to make up enough to let the meat soak in it for a while, but with a roast that wasn’t going to be an option.

I also decided to try and flavour the meat using some coarse sea salt and black pepper. The simplest way to do that is to put the salt directly onto your board or work surface and roll the meat in it. Doing it the other way around really doesn’t work!

To accompany the meat I had some baby potatoes and nice fresh carrots. The potatoes didn’t need any prep, so I just popped them in the roasting dish. The carrots I peeled and sliced up, so that they’d cook properly.

Here’s the entire thing before I put it in the pre-heated oven: 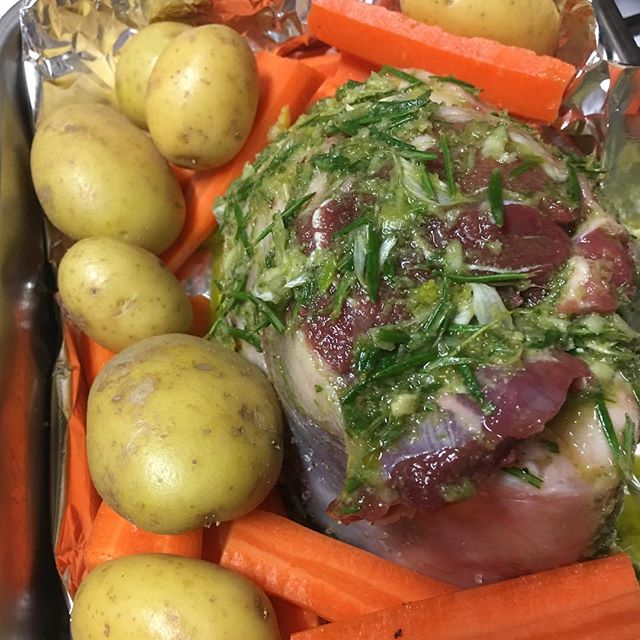 I let the entire thing cook for about an hour or so and then checked to see how the meat was coming along. Personally I prefer my meat to rare or medium rare if it’s beef. For lamb I like it to be bêlant ie. still quite red where possible.

Why bêlant? Over 20 years ago when I was working as a waiter in a restaurant in France one of my clients requested his lamb “bêlant” and the term has stuck with me ever since. The term comes from the French verb bêler, which means “to bleat”.

After a further 25 – 30 minutes both the meat and vegetables were done nicely and were thus ready to serve: 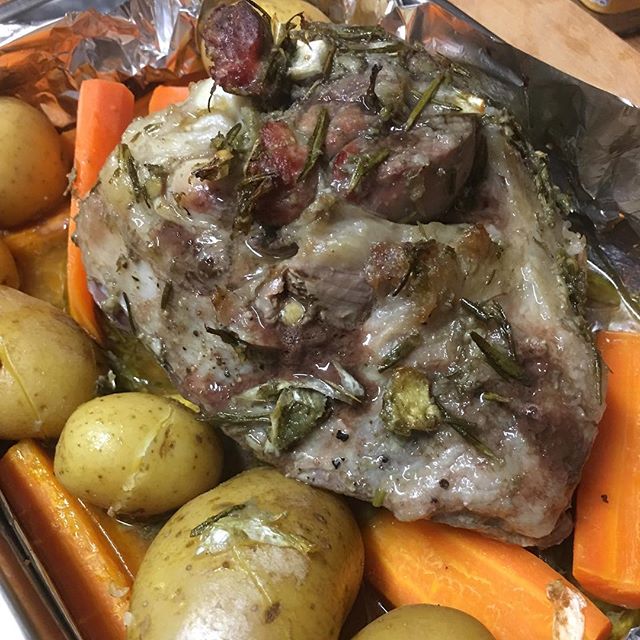 Plated up it was a very tasty dinner! 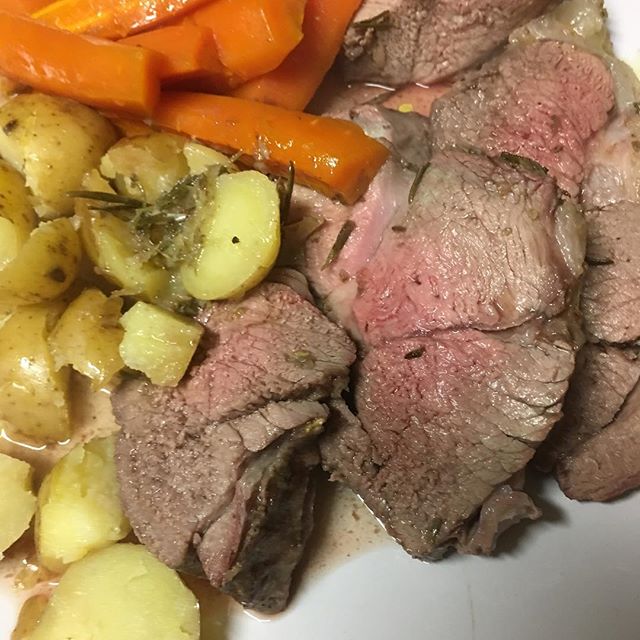 So was the mortar and pestle worth the effort?

Based on my experience with the marinade for this dish, most definitely. I can’t see myself using it every single day, but I’ll definitely be trying to use it more frequently in my cooking, as it does help with the flavour of the herbs and other ingredients.