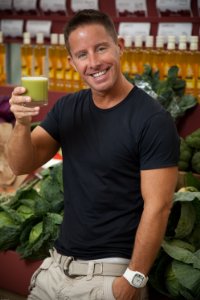 I’ve mentioned Jason Vale in the past. This coming January as in previous year’s he’s organising a January detox. However it’s slightly later in the month than in previous years. He’s also giving away over £10000 in prizes, so if you’re looking for some extra motivation he’s got you covered.

This is partially due to the publication of his new book “5LBs in 5 Days: The Juice Detox Diet” which comes out on January 2nd, but it’s also down to something quite logical. Human behaviour.

If you’ve been over-eating during Christmas it’ll probably take a few days for your body to adjust to normal quantities of food. So switching from eating huge quantities down to eating tiny quantities probably wouldn’t work too well. So by delaying the detox by a few days you’d hopefully be in a better position..

Full details on the site, where you can also signup if you want to take part.

While I’d love to do it I won’t be able to, as I’ll be travelling that week which means I’ll be lucky if I can keep my food consumption under control!