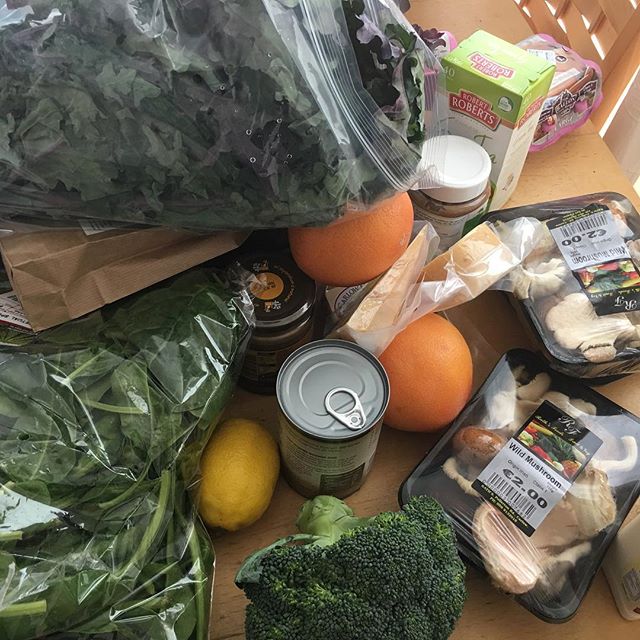 I’m now 3 weeks into this ketogenic low carb diet. So far it’s going quite well. Sure, I still miss being able to eat bread, pasta and a bunch of other things. It’s not so much a craving, but a quite radical change to my eating habits. When you walk past a bakery, for example, the glorious scent of freshly baked bread and pastries is painful!

Last weekend I cleared quite a bit of space in the kitchen cupboards by getting rid of pretty much all the carb heavy foods I had in there. There’s probably some more stuff that I could cull from there, but getting rid of all the pasta and rice has freed up a lot of space, as well as removing temptation.

Shopping when you’re on a low carb high fat diet is a little different. It’s not drastically different unless you are used to a diet of processed foods, but you find there are entire areas of the supermarket that you basically skip over completely. Conversely there are sections in some supermarkets that you end up spending a lot more time in. It takes a little getting used to!

Vegetables and fruit are important, but you have to avoid root vegetables and learn to love cauliflower, broccoli, kale and spinach. I’ve never been that big into berries, but since you can’t eat most other fruits you find yourself picking up packs of raspberries and blueberries regularly. As I mentioned recently, I’ve become a big fan of Aldi and their salad range. You can either use their protein or mix it up a little with things like tuna or other carb free sources of protein.

Yesterday I went to the local farmers’ market where I was able to pick up some fresh and locally produced vegetables. A lot of the vegetables you get in the big supermarkets like Dunnes, Aldi, Lidl or Tesco have travelled long distances and been chilled and stored for days or weeks before they hit the shelves. With a farmers’ market you can be pretty confident that the vegetables came straight from the farm they were grown in that morning. The other thing is the shape and colour. If you’ve ever grown your own vegetables you’ll know they don’t always look as photogenic as the big supermarket chains have been trying to convince us. And that’s not a bad thing.

One of my recent acquisitions was a Nutribullet. My thinking being that healthy low carb smoothies would help my overall diet. Getting recipes for a low carb diet can be a bit of a challenge, which I’ll touch on at some point.

However yesterday I did manage to put together a couple of really tasty low carb smoothies. Why is this pertinent to shopping? The ingredients.

I’ve also found myself eating quite a bit more fresh fish than I used to. Salmon, trout and other fish are readily available in several of the local supermarkets and Carlow now has a fishmonger (Omega Fresh Fish Centre), which is a great addition. Yesterday I was able to pickup a couple of fillets of salmon and served them with some sautéed wild mushrooms. There are plenty of ways to cook salmon, but I like keeping things simple – lightly frying them in some butter does the trick nicely. 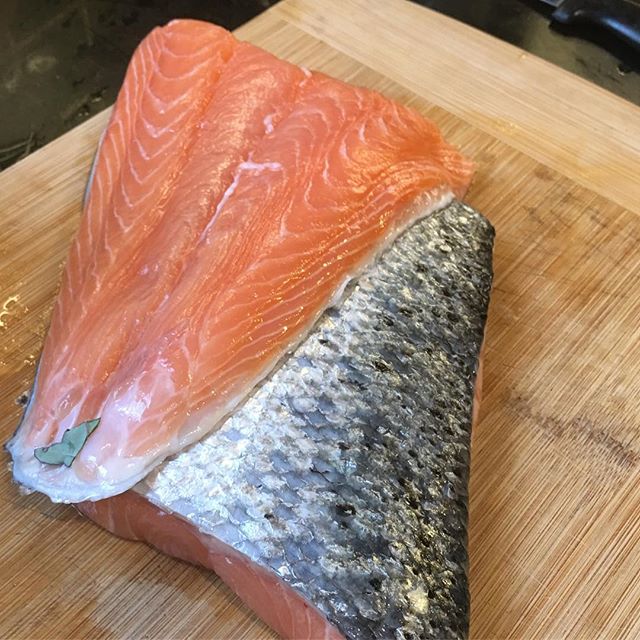 But what about other low carb foods?

Or high fat ones?

Until I started on the ketogenic diet I rarely bought cream. I’d only buy it if I was planning on having some kind of dessert that would benefit from it and I’d often end up only using a bit and throwing out the rest after it went off. (Yeah I know, wasting food is bad, but chugging fresh cream is a little odd!) These days I’m using cream in a lot of things including my coffee in the morning. Some people swear by “bulletproof coffee”, but I honestly don’t think I could stomach something that filled with fat. Adding fresh cream to coffee instead of milk increases my fat intake without making it undrinkable.

But when it comes to the smoothies, for example, you end up using things like almond milk, fresh cream and coconut oil instead of ingredients I would have used previously like honey or banana.

Breakfasts often involve bacon and eggs if you want to keep it simple and 100% carb-free.

To mix it up a bit you can always add in proper butcher’s sausages ie. ones that are almost 100% meat. Bear in mind that most sausages use breadcrumbs, oats or other carb rich ingredients to add flavour to the meat mix, so you need to check the nutritional information on the pack.

Having bacon and eggs every single morning, however, gets kind of boring, so being able to get my hands on low carb granola has helped. A small serving of granola covered in my homemade yoghurt is a good start to the day and adds that much needed variety. I’d love to be able to find an Irish supplier, but so far I haven’t found one and have ended up buying it via Amazon. I could make my own low carb granola, but I simply haven’t got round to trying yet.

Drinking lots of water is meant to be good for anyone trying to lose weight. So I’ve been trying my best to drink at least two litres of water per day, though I often end up drinking quite a bit of herbal tea in the evening instead. My “go to” herbal teas are things like mint and green tea. I really don’t like the taste of green tea, but I’ve been forcing myself to drink it as I know it’s beneficial.

The key thing I have learnt over the last few weeks on the ketogenic diet is that you need to check the ingredients on pretty much everything you buy. You’ll be shocked to find out how many “innocent” looking items are packed with carbs.